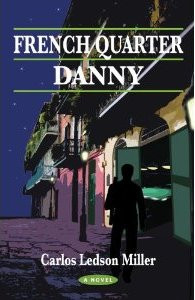 Description: This best selling, fast paced, page turner is being hailed as the best new pool novel since The Color Of Money.Young Danny Toussaint is abandoned by his mother in the New Orleans French Quarter. A Cajun madam, who owns the Rampart Club, and her discreet partner, a veteran cop, assume the role of surrogate parents. In his late teens, Danny discovers a talent for playing pool and is drawn to the thrill of gambling and hustling in local pool rooms. When he loses his 'country club' wife and job ten years later, he decides to make it as a professional road player. He travels from pool room to pool room accompanied by the enforcer for the local mob boScott Smith, to whom Danny is thousands of dollars in the hole.About to play in the game of his life at a pro event in Texas, Danny learns that Hurricane Katrina is raging in the nearby Gulf of Mexico. Does he stay and play for the money he desperately needs or risk returning home to help save the people he loves? Told from an insider's view of the Gulf Coast, the French Quarter and the revered undebelly of pool. Soft cover - 314 pages.